At Dion’s®, we’re not only concerned with how you like your pizza, we want to know what makes you, you. To get us started, the Executive Team answers the question, “What’s Your Slice?” 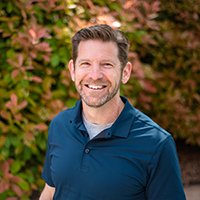 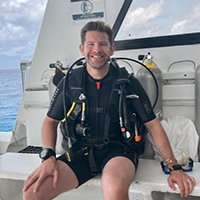 Born and raised in Albuquerque, New Mexico, Mark started working at Dion’s as a pizza maker after graduating from high school in 1987. In 1991, he graduated from The University of New Mexico with a BA in Economics. After a short stint with MassMutual, Mark accepted a General Manager position with Dion’s in 1992. Over the next 15 years, he took on various roles in the company and earned his unofficial MBA from The School of Hard Knocks. In 2006, Mark became COO and focused on developing Dion’s culture, management talent, and systems to prepare for successful growth. Mark became Chief Executive Officer in December 2013, leading the company’s strategic growth plan and financial recapitalization.

Mark’s WHY is “contribute”. He has a passion for building teams and helping others be successful. He is a lifetime member of Leadership New Mexico and is a member of Vistage International (CEO Peer Advisors). He serves on the Boards of Horizons Albuquerque and The University of New Mexico Alumni Association, and is Past President of the Golden Apple Foundation of New Mexico.

What’s Your Slice of Life? Playing in the mountains with my wife, Emily Howard, two children, and two stepchildren. I also enjoy running, hiking, skiing, and scuba diving.

What’s Your Favorite Dion’s Order? A slice of pepperoni and green chile pizza and a half turkey salad with Granch (Greek and Ranch dressing). 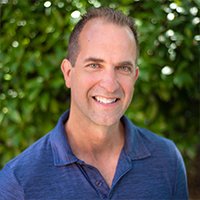 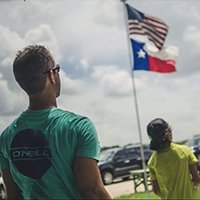 Stan joined the Dion’s team in 2018. Previously he was the CFO of McDonough Corporation, headquartered in Scottsdale, Arizona, and helped lead McDonough’s various subsidiary companies operating internationally and throughout the U.S. During his five years with McDonough, Stan was President of one of McDonough’s manufacturing companies based in West Virginia. For 13 years prior to his CFO role, Stan served as the audit partner for the Albuquerque-based CPA firm, Schlenker, Cantwell & Hrncir, PA. Stan has served on the board of directors of multiple companies, and served as a business consultant to dozens of organizations throughout his career.

Stan holds a Certified Public Accountant (CPA) license and is also a Certified Valuation Analyst (CVA). He completed a BBA in 1991 and an MBA in 1994 from The University of New Mexico. He is a Highland High alum, having moved to Albuquerque from San Antonio, Texas at the start of his sophomore year of high school.

What’s Your Slice of Life? Quality time with family and friends, particularly my son, Stanley.

What’s Your Favorite Dion’s Order? A slice of pepperoni and green chile pizza and a half chef salad with Green Chile Ranch. 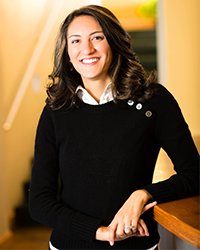 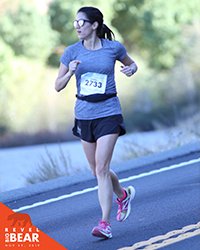 If Deena isn’t in her office, you’ll probably find her running a marathon somewhere. In fact, we think she’s the fastest gal in town. Prior to her position as Chief of Staff, Deena worked in brand planning at McKee Wallwork + Company. In a previous stint with Dion’s, she worked on the operations side of the business as a manager. She came back to Dion’s in 2011 to oversee Marketing and then became Chief of Staff in 2019.

She is a two-time Effie finalist, a former President of the American Advertising Federation–NM, former co-chair of Viante New Mexico, has been inducted into The University of New Mexico Anderson School of Management Hall of Fame, has mentored for Fathers Building Futures, and is a graduate of Leadership NM. She is also an Albuquerque Business First 40 Under Forty and Woman of Influence awardee. She has a degree in Business Administration from The University of New Mexico.

Deena and her husband, Travis, have a daughter and three dogs.

What’s Your Favorite Dion’s Order? A slice of pineapple pizza, a half crunchy spinach salad, and if it’s a Friday, I’ll throw in a chocolate chip cookie. 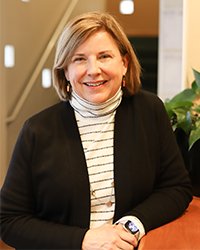 Tracy joined Dion’s in 2022. Before joining the team, Tracy worked as the Chief HR Officer at Nusenda Federal Credit Union. Prior to relocating to New Mexico, Tracy’s 20+ years of HR experience includes leadership roles at several companies in Wisconsin, including CHRO positions with National Guardian Life Insurance Company and State Collection Service. She served as Director of Training and Affirmative Action at WPS Health Solutions and was an HR Manager at RMT INC., a civil engineering and construction firm.

Tracy was born and raised in Madison, Wisconsin, and earned her Bachelor’s Degree in Elementary Education from the University of Wisconsin-Madison (Go Badgers!). She later went on to receive a Master’s Degree in Public Administration from UW-Oshkosh and holds a Senior Professional Human Resources (SPHR) certificate.

Tracy and her husband, Andrew, have a daughter, Riley. After having several pets over the years, they are down to one cat and a horse.

What’s Your Slice of Life? I enjoy spending time with friends and family, hiking, and cycling. I also like to make jewelry and am a big reader- I’ve been part of the same book club for 20 years!

What’s Your Favorite Dion’s Order? Pizza with ground beef, mushrooms, and artichoke hearts, a half Ranch salad with Thousand Island dressing, and a side of meatballs for lunch the next day. 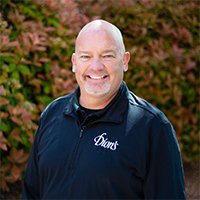 Jason started at Dion’s in 1991 when he was a teenager and worked his way up through the operations side of the business. He has a reputation for a strong work ethic and investing in people, especially young managers. Many who have worked for him over the years note that he has pushed them to succeed both personally and professionally.

When Jason is not in the stores being a great teacher and ensuring the Values are upheld, he is likely working in his yard to make certain he has the most gorgeous flowers on the block. He and his wife, Kaylene, have four sons.

What’s Your Slice of Life? Soaking in rays next to the ocean.

What’s Your Favorite Dion’s Order? Two favorites – a classic turkey and Swiss sub on wheat bread and a simple slice of cheese pizza. 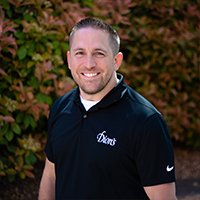 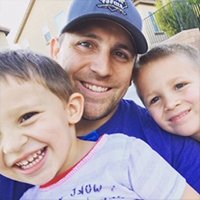 David started his career path in 1999 working at Dion’s as a junior in high school and has since worked his way up in the company. David’s strong work ethic, attention to detail, and drive for excellence has earned him the position of Director of Training. David can be found either in the stores working directly with the General Managers and crews or at the home office developing training systems and procedures with his team.

If David is not in the stores teaching, he is spending quality time with his wife, Kristan, two sons, and his German Sheppard; most likely somewhere outside. Pizza is his passion, but on weekends he is known for grilling a mean burger and enjoying an exciting game of football.

What’s Your Slice of Life? Watching my favorite team.

What’s Your Favorite Dion’s Order? A slice of green chile and pepperoni with a side of Ranch. 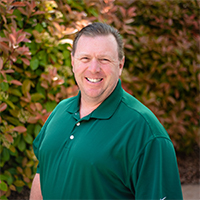 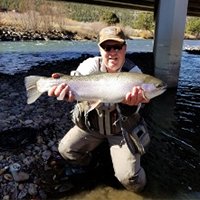 Brian joined Dion’s in 2014 as the company’s Purchasing Manager and in 2017 was promoted to Supply Chain Director. He brought an extensive food service background to Dion’s, and held previous positions as an Executive Chef along with experience working for a large food service distributor in sales and merchandising.

Brian holds a Culinary Arts degree and is passionate about food, starting with where it comes from, all the way to how it’s made. Process, documentation, team building, and having fun are integral parts of his management style.

Brian grew up on the Jersey Shore and attended Johnson & Wales University in Providence, Rhode Island. In 1997, he relocated to New Mexico where he met his wonderful wife, Mona. The couple has two daughters who keep them extremely busy with school and sports activities.

What’s Your Slice of Life? In my free time, you can find me on the golf course, fly-fishing in northern New Mexico or southern Colorado, or hiking with my family in the mountains.

What’s Your Favorite Dion’s Order? Half turkey salad with Ranch and a slice with black olives and Green Chile Ranch.